(ATF) Beijing has been caught in its own political cross-hairs. Last year, during the worst of the Covid-19 crisis, China approved a near-record number of new coal power plants to help numerous provincial governments weather the economic impact of the pandemic.

However, seemingly in contradiction of that build-out mandate, which had much of the world watching in horror at the prospect of additional Chinese CO2 emissions, Chinese President Xi Jinping shocked the world even more when he announced in front of a virtual UN audience in September that the country would become carbon neutral before 2060, without giving a clear path nor a glimmer of detail needed to achieve that lofty ambition.

All the while, China’s massive coal build-out lurked in the background, undermining Xi’s pledge, and prompting more questions than it answered. Finally, in January an environmental report by China’s Ministry of Ecology and Environment, seemingly doing Xi’s beckoning for him, released a scathing report.

It called out China’s influential National Energy Administration (NEA) for allowing the coal industry to push ahead with its massive over-construction of new projects, while also skirting environmental regulations which could put Xi’s carbon neutral goal in jeopardy. It gave the NEA 30 days to respond.

On February 5, bowing to what has been called a rare public rebuke, the NEA issued a new draft carbon policy. The draft has reportedly been sent out to local energy agencies and grid operators for a consultation period, which is due to end on February 26.

The NEA proposes that China generate 40% of its electricity from nuclear and renewable sources by 2030. Of that 40% benchmark, 25.9% is earmarked to come from technologies other than hydropower, including solar, wind and nuclear. China currently generates around 28% of its electricity from renewables, but mostly from hydropower, according to the International Energy Agency (IEA).

The draft calls for gradually reducing differences across all provinces by 2030, with each province having the same “weight of responsibility” for renewable energy power consumption. It also calls for an assessment to consolidate the development of wind and solar power generation by 2030 and to reach 1.2 billion kilowatts or more by then.

The report also addresses the sticking point for all involved in China’s recent energy stand-off: coal. Under the draft plan, 6 billion tons of standard coal is earmarked for energy consumption by 2030, up from 5.12 billion tons in 2021.

Notably, China is also behind its deadline to submit an updated 2030 emissions target to the UN, per its agreement under the 2015 Paris Climate Accord.

However, what the NEA plan doesn’t mention is hydrogen – perhaps a major blunder given the considerable investment in green hydrogen gathering steam in many other G20 countries, particularly in the EU, to help reach carbon neutrality by 2050 – 10 years ahead of China. Moreover, given the ongoing hydrogen pivot, now politicized at national levels, carbon neutrality before 2050 seems a possibility for many governments.

As many as six European countries and the European Commission (EC) released green hydrogen strategies amid the worst of the Covid-19 crisis in 2020, in most cases as part of a green recovery plan, according to an IHS Markit report released in December.

Hydrogen is only considered “green hydrogen” if it was produced using renewables sources like solar and wind. “Blue hydrogen” is created from fossil fuel sources, where carbon emissions are captured and stored. Hydrogen produced by burning fossil fuels is often referred to as “brown hydrogen.”

Annual global investments in green hydrogen are expected to exceed $1 billion by 2023, with Europe taking the lead, according to the IHS Markit report. Spending will accelerate rapidly thereafter, with some $44 billion invested in green and blue hydrogen projects in five key European countries: France, Germany, Italy, Portugal, and Spain from 2020 to 2030 – the same timeframe as China’s renewables plan that excludes hydrogen investment.

South Korea recently announced plans to build as many as three hydrogen-powered cities by 2020, with more hydrogen infrastructure investment across the board gaining momentum.

The US was lagging in hydrogen development plans under the Trump administration. However, given President Joe Biden’s recent inauguration and renewables investment push, estimated at as much as $2 trillion, hydrogen will become a major source of US energy production.

China, for its part, already holds the distinction of being the world’s largest hydrogen producer by far, producing around 20 million tons per year, one-third of the world’s total, according to a Green Belt and Road Initiative Centre report.

However, China mostly produces brown hydrogen, by burning coal, while it mostly uses it for industrial and chemical processes (such as producing ammonia for fertilizer).

There could be a number of reasons why the NEA didn’t even mention hydrogen in its draft plan – including still higher infrastructure costs. Granted at this stage, hydrogen is still more expensive than solar or wind power generation and hasn’t reached economies of scale yet. But, that’s where wind and solar were a few years ago and they eventually dropped in cost.

Moreover, green hydrogen production costs have dropped some 40% since 2015, and are projected to fall another 40% by 2025, prompting even more questions why China hasn’t shown much interest in its own green hydrogen development.

They are questions that much of the watching world could soon demand answers to.

Tim has been working in energy (LNG, solar, wind) markets in the Asia-Pacific for more than 10 years, based in Taiwan, the Philippines and now Vietnam. He has performed project risk analysis and consulting for US, UK and Singapore energy consultancies and media outlets such as Forbes, S&P Global Platts, Nasdaq and others. He is also founder of an energy project capital raising firm, APAC Energy Consultancy. 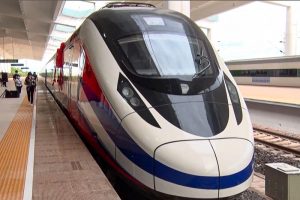 US Advances Rules to Delist China Stocks That Flout Audits 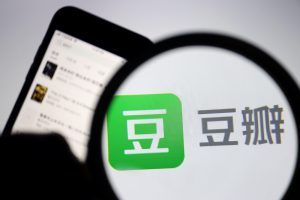 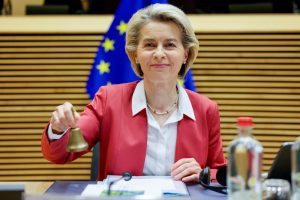